Exhibition visits in fall – Some tips

Leaves are changing color, evenings are getting darker, and the cold is creeping in, fall is here soon. What better way than to Visit Djurgården and warm up at one of the many photo and art exhibitions that will be shown this fall?

Djurgården offers everything from photo exhibitions about women and democracy to the people of Värmland, its nature, and societies. If you are more interested in textile work, Friends of Handicraft’s gallery and the Thiel Gallery offers exhibitions on weaving, fabrics, and pattern sketches, among others. In addition, Prince Eugene’s Waldemarsudde will show Prince Eugene’s famous paintings, such as Molnet and Det gamla slottet, as well as lesser well known pieces from the museum’s rich collections that are rarely shown to the public.

Here are tips on exhibitions that can be viewed this fall here at Djurgården.

The Hunger Project along with The National Museums of World Culture welcomes you to their fall photo exhibition, Elected to Lead. The exhibition’s focus is on women and democracy, bringing up issues such as what happens when women gain influence on a society on the same terms as men?

Here you get to meet Lokamma, Shahida, Jagadevi, Guthyamma, Khublata, and Laxmi – six Indian women who have all fought for their places in politics. Six women who were elected to lead. The exhibition will be shown until January 16, 2022. 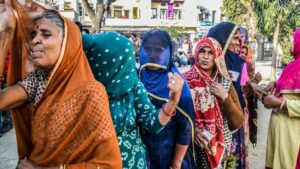 On October 8, Friends of Handicraft  opens a new exhibition. The exhibition Studio Supersju is the weaving group who in 2016 decided to give contemporary weaving a face. The group consists of  Siri Pettersson, Arianna E.Funk, Vega Määttä Siltberg, Miriam Parkman, Mirjam Hemström and Ia Centerhall and spread across  the country, they work for weaving as an innovative tradition. The exhibition is showed until November 20, this year.

For four years, the photographer Örjan Henriksson has done deep dives into the landscapes of his childhood and his family in Värmland. Liljevalchs shows an excerpt from this project which depicts the people, nature, and the communities.

Örjan Henriksson is one of Sweden’s foremost photographers with a low-key and concentrated storytelling in image form. He loves the analog black and white photography and has had a number of high-profile exhibitions around the world. In 2015, he was awarded the first Bindefeld Scholarship in memory of the Holocaust. 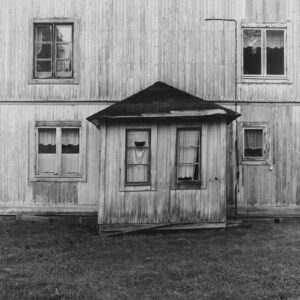 The exhibition, with five big and 13 smaller photographies, are shown in Liljevalchs+ between September 24 and November 7.

Soul of a Place at Prince Eugens Waldemarsudde

One of the fall exhibitions shown at Waldemarsudde is Soul of a Place with focus on Prince Eugen as a landscape painter. With his suggestive and and atmospheric depictions of Swedish nature, Eugen was one of the leading landscape painters at the turn of the 20th century. The exhibition presents famous paintings, such as Molnet and Det gamla slottet, as well as lesser well known pieces from the museum’s rich collections that are rarely shown to the public.

The exhibition is, for the visitors, displayed as a journey to these places, through Prince Eugen’s paintings which is exhibited from November 14, 2021, to May 1, 2022. Read more about Waldemarsudde’s exhibitions here.

In the early 60’s, Carl Johan De Geer began to produce large-pattern, imaginative, expressive prints in strong, contrasting color combinations. It was a revolt against the brown-walled discreet ideals of the time and the aesthetic values of growing up. Through shape and color, he wanted to influence the whole society.

Since then, Carl Johan De Geer (b. 1938) has been a prominent figure in Swedish cultural life. Innovative, provocative, and brilliantly versatile, he worked as a visual artist, designer, filmmaker, photographer, set designer, as well as author. However, he knew already from the beginning that he wanted to become a textile designer.

The exhibition presents his textile work. Fabrics and patterns are displayed together with photographs from the same time period. Films are also shown where Carl Johan De Geer talks about his inspiration and production. The exhibition will be shown at the Thiel Gallery from October 16 to March 20, 2022.

Take part in all the fun that’s happening here at Djurgården this fall, here.

We use cookies on our website to give you the most relevant experience by remembering your preferences and repeat visits. By clicking “Accept”, you consent to the use of ALL the cookies.
Cookie settingsACCEPT
Manage consent

This website uses cookies to improve your experience while you navigate through the website. Out of these, the cookies that are categorized as necessary are stored on your browser as they are essential for the working of basic functionalities of the website. We also use third-party cookies that help us analyze and understand how you use this website. These cookies will be stored in your browser only with your consent. You also have the option to opt-out of these cookies. But opting out of some of these cookies may affect your browsing experience.
SAVE & ACCEPT